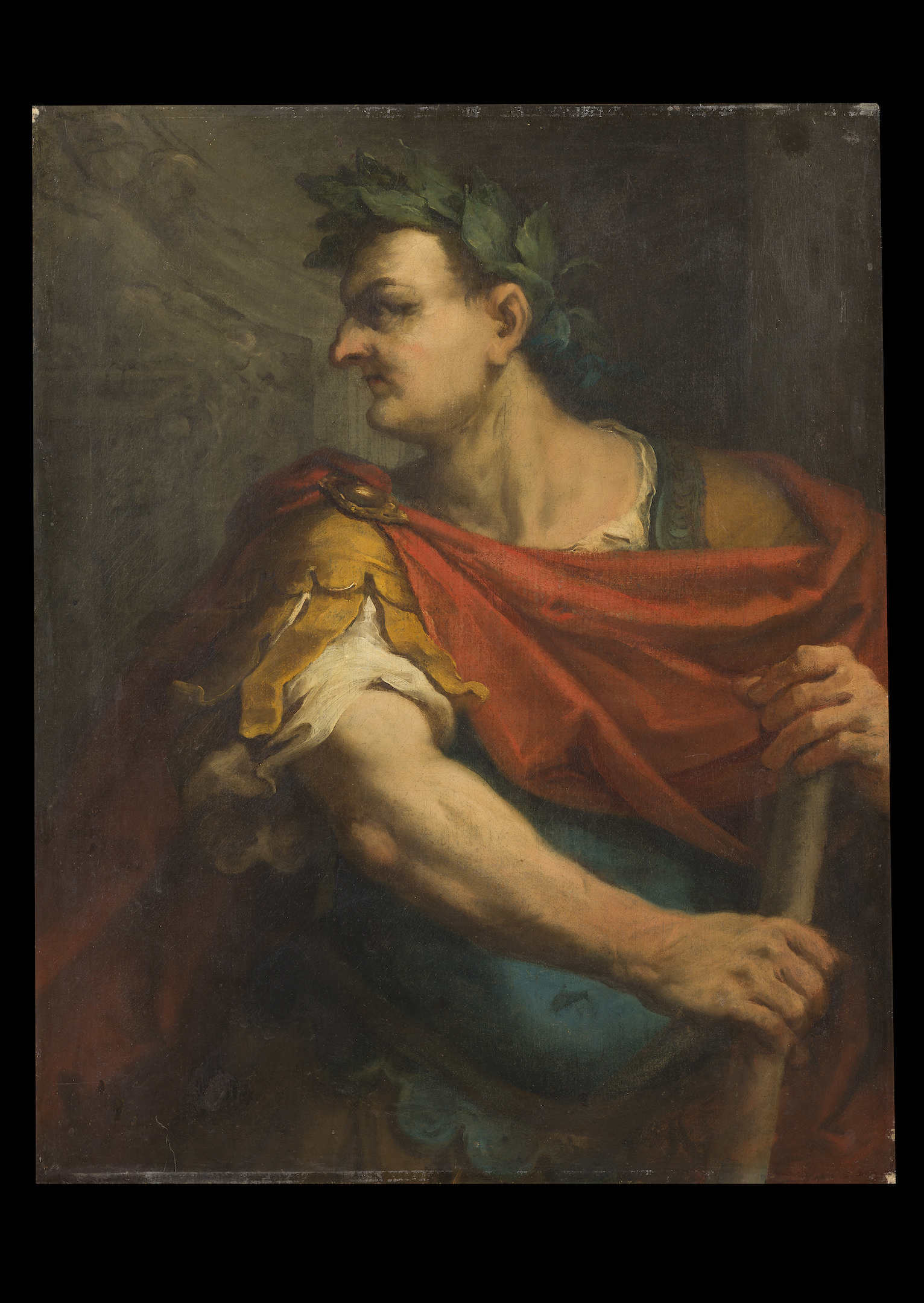 Antonio Carneo (Concordia Sagittaria, 1637 – Portogruaro, 1692) dedicated most of his career to work in the Veneto-Friulan area, with a particular focus in the city of Udine, where he worked for twenty years and realized a substantial amount of paintings for his hosting counts: Lorenzo and Giovan Battista Caiselli. He learned the basics of painting from his father to then master his skills through the study of the great XVI century’s Venetian Masters. His style was influenced by Bernardo Strozzi’s manner as much as by that of Luca Giordano, who prompted the so-called “tenebrosi” trend around the 50’s of the XVI century. The intense dramatic force and the strong chiaroscuro contrasts of this manner are often caractheristic of Carneo’s work.
The presented canvas portrays a Roman Warlord, and was probably realized around the 1665. The way the color is laid strongly highlights the whirling paint brushes, which greatly help us in integrating with confidence this artwork in Carneo’s catalogue.