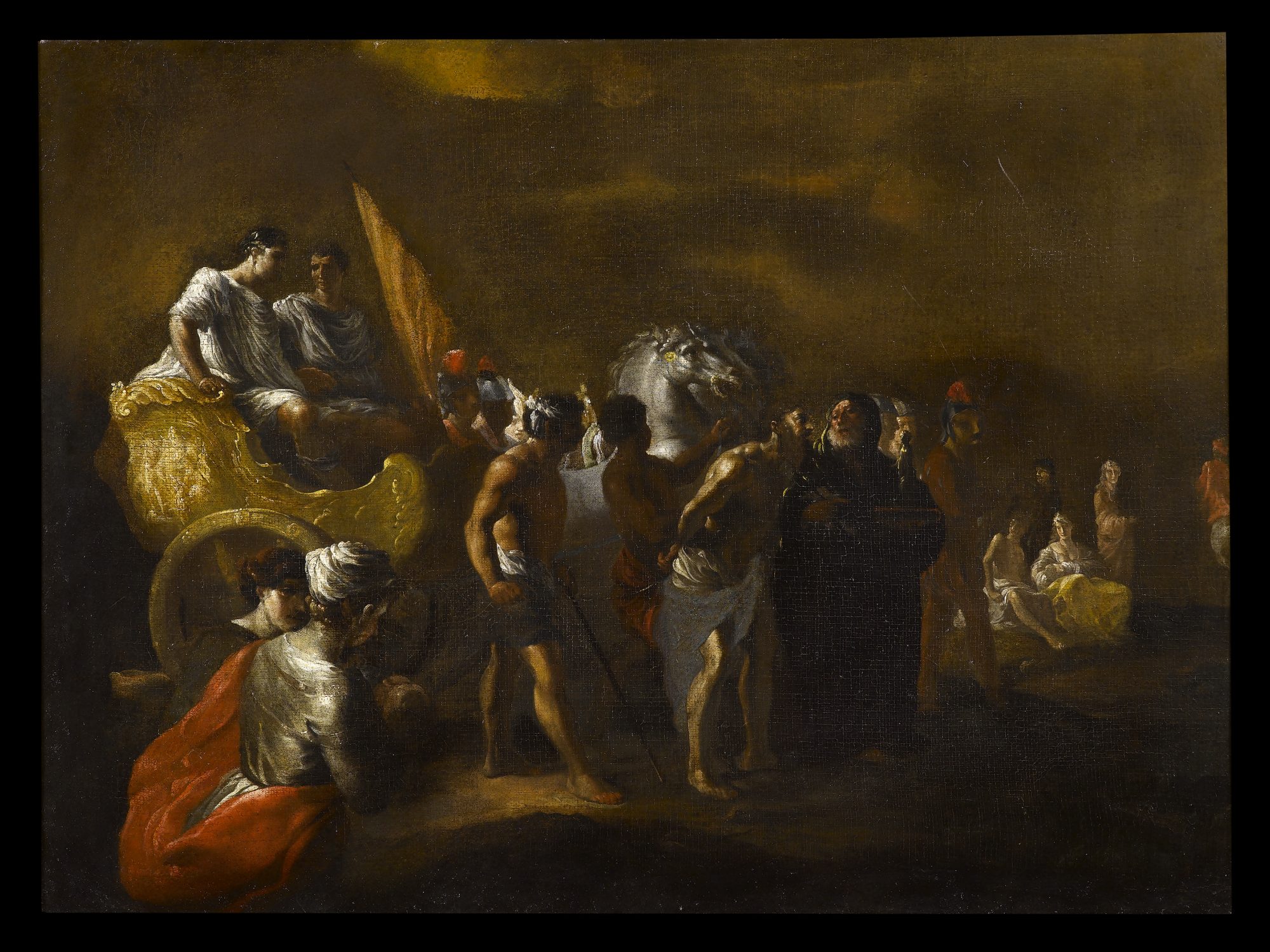 Johann Heinrich Scönfeld (Biberach an der Riß nel 1609 – Augusta, 1684), was a renown artist of the baroque period. During his long stays in Italy (first in Rome and then in Naples), his style was heavily influenced by Nicolas Poussin’s classicist tendencies along with Pietro da Cortona’s predominantly decorative characters. Another important influence in his stylistic development certainly was Bernardo Cavallino’s chiaroscur who inherited it through the study of Caravaggio’s work.
The hereby presented canvas depicts saints Cosma and Damien while led at martyrdom. The two saints, who belonged to the first generation of martyrs under Diocleziano’s empire, where renown greek doctors who were able to convert many healed patients to catholicism.